Skip to content
Lord Shiva is also known as the Creator and Destroyer. Lord Shiva has killed many demons who are against him and his creation. Most of them are Demons created by himself and later they were killed by Lord Shiva. According to the Shiva Purana, Rudra Samhita Yuddha Kanda, the story of how lord shiva killed the eight demons are described below.

Why and How Lord Shiva Killed 8 Demons?

1. How Jalandhara was Killed by Lord Shiva

Jalandhara was born in the ocean from the fire of the third eye of Lord Shiva. Lord Brahma gave the name Jalandhara since the child cried and shook him so hard that tears flowed from his eyes. Lord Brahma also gave him the boon of great strength and a chaste wife (Vrinda). Jalandhara attacked the devas and conquered heaven. The devas prayed to Lord Shiva. Lord Shiva made Jalandhara wage a war against him to capture Devi Parvati. Lord Vishnu took the guise of Jalandhara and destroyed the chastity of his wife Vrinda. Thereafter Lord Shiva killed Jalandara in a terrible fight and relieved the devas from their sufferings.
(Shiva Purana – Rudra Samhita – Yuddha Khanda – 13 to 24)
Why and How Lord Shiva Killed Jalandhara Full Story Here

The Tripurasuras were the three sons of Tarakasura, namely Tarakaksha, Vidyunmali, and Kamalaksha. They performed severe penance and got the boon of three indestructible cities (puras) from Lord Brahma. They defeated the devas. The devas sought the refuge of Lord Shiva. However, since the Tripurasuras worshipped Lord Shiva in their cities, Lord Shiva declined to help them. Lord Vishnu created a clan of shaven-headed ascetics who made the Tripurasuras give up their worship through their misleading preachings. Then, Lord Shiva mounted a special chariot and when the three cities joined together, He burned them with a single arrow which destroyed the Tripurasuras.

Dambha, the son of Vipracitti and grandson of Kashyapa performed tapas in Pushkara Tirtha for lakh years and got the boon of a valorous son from Lord Vishnu. The son was Samkhachuda, who was Sudama in an earlier birth and was cursed by Radha to be born as a demon. Samkhachuda performed tapas in Pushkara and got the boon of a Krishna Kavacha from Lord Brahma, and was also married to a chaste wife Tulasi. Samkhachuda then waged war against the devas and ousted them from their kingdom. The devas took refuge in the Trinity. Lord Shiva waged war against Samkhachuda. Lord Vishnu took the guise of a brahmin and begging from Samkhachuda took away his kavacha. Lord Vishnu also destroyed the chastity of Tulasi in a guise. Thereafter Lord Shiva in a terrific fight killed Samkhachuda and brought relief to the devas.
(Shiva Purana – Rudra Samhita – Yuddha Khanda – 27 to 40)

Andhakasura was born from the heat of the eyes of Lord Shiva when Devi Parvati playfully closed his eyes in the Mandara mountain. He was born blind, deformed, black, and with an awful face. When Hiranyaksha performed tapas for getting a son, Lord Shiva gave Andhaka as a boon to him. After Hiranyaksha was killed Andhaka became the king. His cousin brothers Prahlada and others joked about his blindness and form. Andhaka performed severe penance and attained great strength from Lord Brahma with restored eyesight. He conquered the devas, other celestials, and humans. Attracted by the beauty of Devi Parvati he waged a war against Lord Shiva. Lord Shiva defeated him and kept his body hanging in the sky with his trident. The pride of Andhaka was destroyed and Lord Shiva made him the leader of the ganas.
(Shiva Purana – Rudra Samhita – Yuddha Khanda – 42 to 49)

Banasura, the son of Bali propitiated Lord Shiva with his Tandava dance and got the boon of great strength and thousand arms. Once Banasura said that his thousand arms were a burden because no one was comparable to him in strength except Lord Shiva. Lord Shiva was displeased and pronounced that his thousand arms will fall and his pride will be destroyed. Meanwhile, Usha, the daughter of Banasura became attracted to Aniruddha, the grandson of Sri Krishna. Chitralekha the maid of Usha brought Aniruddha from Dwaraka to Sonitpura through her yogic power. Banasura detected this and captured Aniruddha. Sri Krishna came from Dwaraka, fought with Banasura, and cut off his thousand arms. The pride of Banasura was destroyed. He eulogized Lord Shiva. Lord Shiva became pleased and made him one of the ganas.
(Shiva Purana – Rudra Samhita – Yuddha Khanda – 51 to 56)

Gajasura, the son of Mahishasura performed severe penance inside a forest to avenge his father’s death. Getting boon from Lord Brahma he became invincible from the devas. He conquered the three lokas and started tormenting the gods and the religious-minded people. Once Gajasura arrived at Kashi to torment the people there. The gods took refuge in Lord Shiva. Lord Shiva arrived with a trident and waged a war with Gajasura. Gajasura was wounded and before dying eulogized Lord Shiva. Lord Shiva became pleased and told him to ask for a boon. Gajasura asked the boon that the Lord should wear his elephant hide and be known as Krittivasa (who is clad in elephant hide). Lord Shiva granted the boon and told him that his body will become a Linga by the name of Krittivaseshwara which will remove the sins and bestow salvation.
(Shiva Purana – Rudra Samhita – Yuddha Khanda – 57)

After the slaying of Hiranyaksha, the paternal uncle of Prahlada thought of ways to overpower the gods. He thought that the strength of gods was due to yagna which was again due to Brahmanas. He decided to devour the Brahmanas. He went first to Kashi and in the guise of a tiger started devouring the Brahmanas. Once during Shivaratri, he attacked a devotee who was meditating on Shiva after creating a kavacha with a mantra. Lord Shiva emerged out of the Linga and pressing the tiger in his armpits killed him by hitting his head with his fist. The Brahmanas eulogized Lord Shiva and the Linga became known as Vyaghreshwara.
(Shiva Purana – Rudra Samhita – Yuddha Khanda – 58) 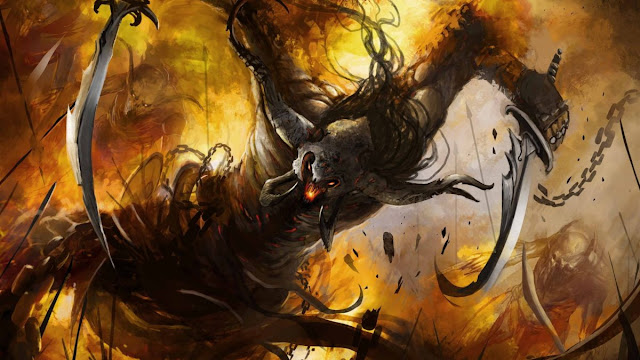 Once Daksha organized a huge sacrifice at Kankhala Tirtha where he invited all gods and sages but not Lord Shiva. Devi Sati went there uninvited and encountered Daksha and others asking why Lord Shiva was not invited. Daksha replied speaking bad words against Lord Shiva. Devi Sati in anger gave up Her body creating a yogic fire. Knowing this, Lord Shiva in fury plucked a lock of his hair and created Virabhadra and Mahakali. They marched with their armies and defeated all the gods who fought against them. Finally, Virabhadra severed the head of Daksha with his hands and threw it in the sacrificial fire. The devas eulogized Lord Shiva. Lord Shiva restored the wounded gods and revived Daksha by joining the head of a he-goat. Daksha eulogized Lord Shiva and with His permission completed the yagna.
(Shiva Purana – Rudra Samhita – Sati Khanda – 27)