Skip to content
The word Chakra originates from the Sanskrit word chakra which stands for wheel or disc. The 7 chakras are believed to be the major energy centers in our body it is also believed that by activating these chakras we can attain the Sahasra or in other words understand the Brahman or kundalini within us. The chakras are mostly considered to enlighten our spiritual self but they are closely related to the physical mental and emotional health of a person. 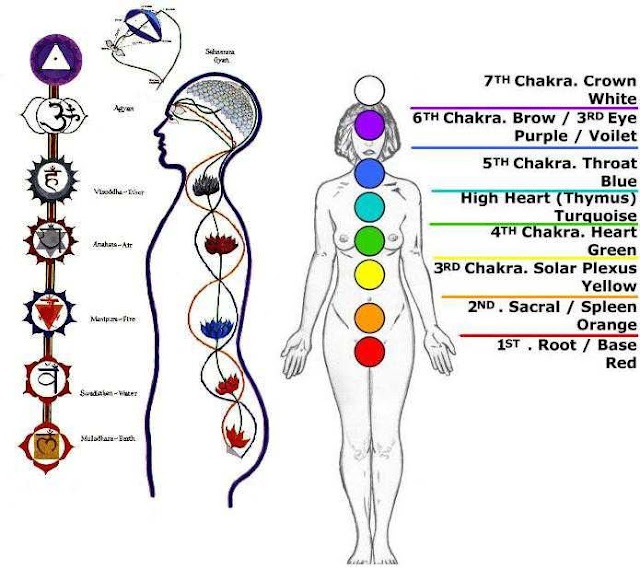 How do these chakras open?

The chakra actually belongs to the tantric or yogic science of Hindu mythology. Hindu mythology mostly relies on the concept of vibration. According to Hinduism, each chakra has what is called a “seed sound”. These seed sounds are the symbolic representations of the energy pattern of each chakra and hold its essence. Seed sounds are also referred to as Baja mantras. By chanting these mantras, the individual resonates with the particular chakra. Crystal bowls or tuning forks are often used to aid those wishing to resonate with these chakras. One can open the chakras by sitting with certain composure and chanting the respective mantra.

Baja Mantra to Open the 7 Chakra of the Body 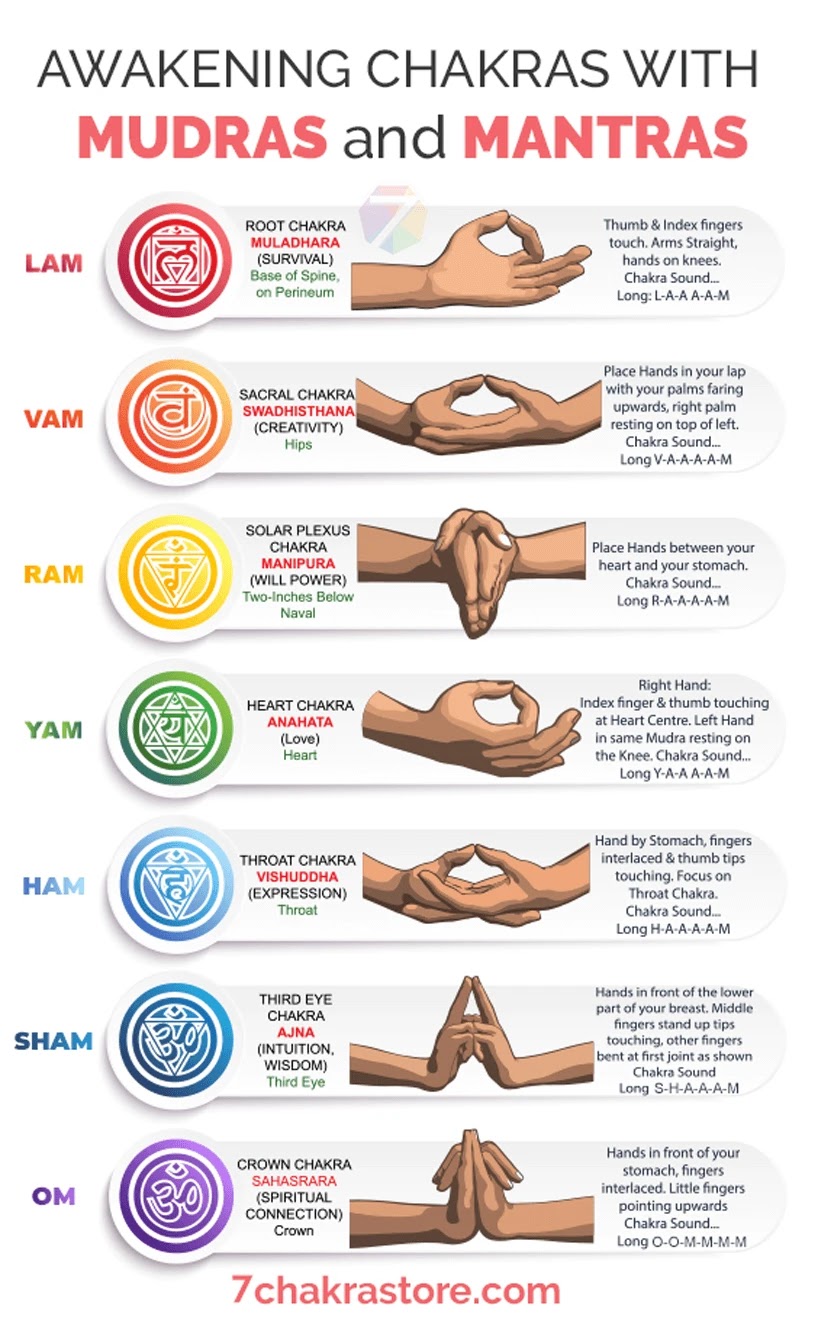 Benefits of opening 7 chakras of the body

1. If you feel you are all alone in this crowded world, in despair, deserted, or lacking confidence.
2. If you feel like you don’t belong in this world, can’t control your fear, rage enthusiasm
3. If you feel you are very outspoken and you feel sad for hurting your friends out of your love turned obsession
4. If you have any physical illness.
5. If you belong to any of these criteria this clearly shows that either your chakras are closed or they are overactive.
It’s essential to understand the significance and effects of the Seven Chakras on our life to bring balance to our energy flow. If any of your Chakras are overactive, you need not necessarily close them. If all chakras are open the energy flow will be balanced.

It is located below the sacrum bone. The endocrine system is the adrenal gland. The color of this chakra is red.
It is the basis or root of all chakras. The Karmas of our past lives rest in the root chakra, and from these arise the happiness or unhappiness experienced in this current life. We are not supposed to open the other chakras without opening the root chakra.
This chakra is based on physical awareness and feeling comfortable in diverse situations. If it is opened; one will feel well-balanced and sensible, stable and secure. You won’t distrust people around you for no reason. You will be very much connected to your physical body. If it is under-active;   One tends to be fearful or nervous, and might feel easily unwelcome. If it’s over-active: you may be materialistic and greedy.

The svadhisthana Chakra lies about three centimeters above the root Chakra between the coccyx and the sacrum. The color of this chakra is orange.
The activation of these Karmas now occurs in the sacral Chakra, and it is here that we have the opportunity to purify them. Even though our weaknesses and mistakes are located in this Chakra, it is here that a valuable opportunity to develop our human consciousness to a higher level is offered.
If it is open; one will feel liberal, and without being over-emotional. You would be open to affinity and passion. You also have no problems based on sexuality. If it’s under-active: you tend to be impassive. If it’s over-active: you tend to be sensitive and emotional all the time. You may also be very sexual.

The position of the Manipura Chakra is in the middle of the abdomen behind the navel so it is also known as the Navel chakra. At the Manipura Chakra, more than half the journey towards realization has already been completed.
This chakra encircles self-confidence and dignity. If it’s under-active: you tend to be confused and reluctant. If it’s over-active: you tend to be imperious and aggressive.

The Vishuddhi  Chakra is located in the vicinity of the Larynx. It is a chakra of spiritual purification.
This chakra encircles speaking and expressing views. When the chakra is open, one will express himself easily. If it’s under-active: you tend to be shy. If you lie often, this chakra can be blocked.  If it’s over-active: you tend to be talkative. You could turn out to be a pretty bad listener.

It is located at the upper end of the spinal column, at the point of transition from the spine to the brain. It is considered the third eye or chakra of wisdom.
This chakra deals with insight.  When open, one tends to dream a lot.  If it’s under-active: you tend to look up to other people to think for you. You also tend to be confused and superstitious most of the time.  If it’s over-active: you tend to live in a world of imagination all day long. In the extremes, you could suffer from frequent daydreams or even hallucinations.

It is the seventh chakra. The crown Chakra is located on the crown of the head beneath the Fontanelle, which is easily visible in a newborn child.
The one who opens this chakra attains unbound peace and tends to be spiritual.  It encircles one’s wisdom and being one with the universe. When this chakra is open, prejudice disappears from your life, and you will be more aware of the world and its connection to yourself. If it’s under-active: you might not be very spiritual.  If it’s over-active:  Spirituality seems to come first in your mind, and if you are really over-active, you may even ignore your basic needs like food and water.

The 7 Chakras help us to be happy, organized, and healthy.