Skip to content
The great Maha Mrityunjaya mantra dedicated to Shiva as Mrityunjaya is found in the Rig Veda (Mandala VII, Hymn 59), where it is attributed to the sage Vasishtha.The maha Mrityunjaya mantra can help you tune into the healing force that is always at work within you, supporting your growth, lifting you up in times of trouble, and reminding you of the higher aim of life.
Maha Mrityunjaya Mantra is a mantra that has many names and forms. It is called the Rudra mantra, referring to the furious aspect of Shiva; the Tryambakam mantra, alluding to Shiva’s three eyes; and it is sometimes known as the Mitra-Sanjivini mantra because it is a component of the “life-restoring” practice given to the primordial sage Shukra after he had completed an exhausting period of austerity. The Maha Mrityunjaya mantra is hailed by the sages as the heart of the Vedas. Along with the Gayatri mantra, it holds the highest place among the many mantras used for contemplation and meditation. 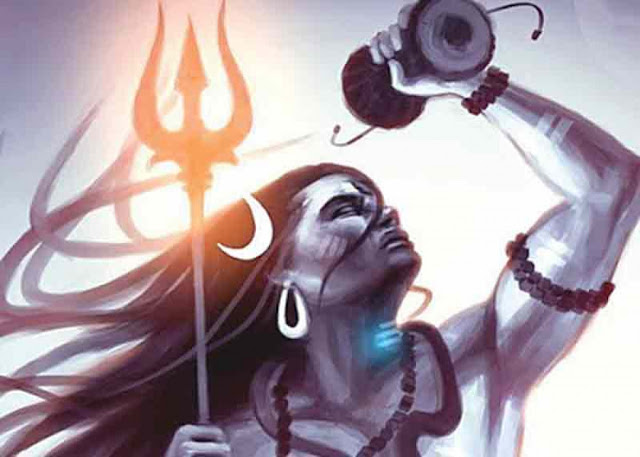 It is popularly referred to as the heart of the Vedas. In times of distress and failure, the maha Mrityunjaya mantra is said to uplift people from the trap of failure and rejuvenate them to think about the purpose of their life. It is said to be a healing force that works throughout the world. Maha” which means Great, “Mrityun” means Death, and “Jaya” means Victory which turns into Conquer or victory over death. The outlined benefits of Maha Mrityunjaya Mantra are as follows:
1. Whenever there is listlessness, stress, grief, or illness, or when fear of death intrudes on awareness, the Maha Mrityunjaya mantra can be used for healing, maintaining vitality, and refuge.
2. The Maha Mrityunjaya mantra is one of yoga’s most important mantras. It restores health and happiness and brings calmness in the face of death.
3. The Maha Mrityunjaya mantra restores health and happiness and brings calmness in the face of death. When courage or determination is blocked, it rises up to overcome obstacles. It awakens a healing force that reaches deep into the body and mind.
4. The Maha Mrityunjaya mantra can be recited when taking medicines, for it prepares the body and mind to make the best use of them.
5. It is also said that those in the healing professions will benefit from reciting the Maha Mrityunjaya mantra regularly. Through it, they will draw from an infinite reserve of energy, and thus prevent burnout while opening a channel of healing from which life can be nourished.
The light of this mantric shakti outshines millions of suns. It is with this fire of radiant divine energy that I destroy the world in a flash and breathe life into it in no time. There is nothing beyond this power. With this mantra, one is able to conquer all one’s enemies (anger, hatred, jealousy, and greed). It is the source of longevity, health, and well-being. 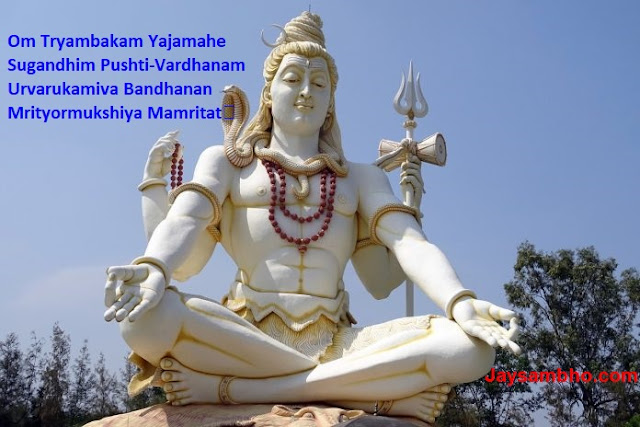 We concentrate on our third eye which lies behind the two eyes and this gives us the power to feel you and by this, we feel happy, satisfied, and at peace in life. We know immortality is not possible but some extension can be given to our death by your powers Lord Shiva.
In the end, the many reasons for taking up the practice of the Maha Mrityunjaya mantra fold into one another. Whether to enhance your life or to assist in the transition to death, this mantra is ultimately a means for self-realization. The consciousness it inspires is none other than the deep, unending consciousness of the indwelling Self. Jay Sambhoo !!!